Writing Our Own Bible by Reclaiming Scripture for Ourselves 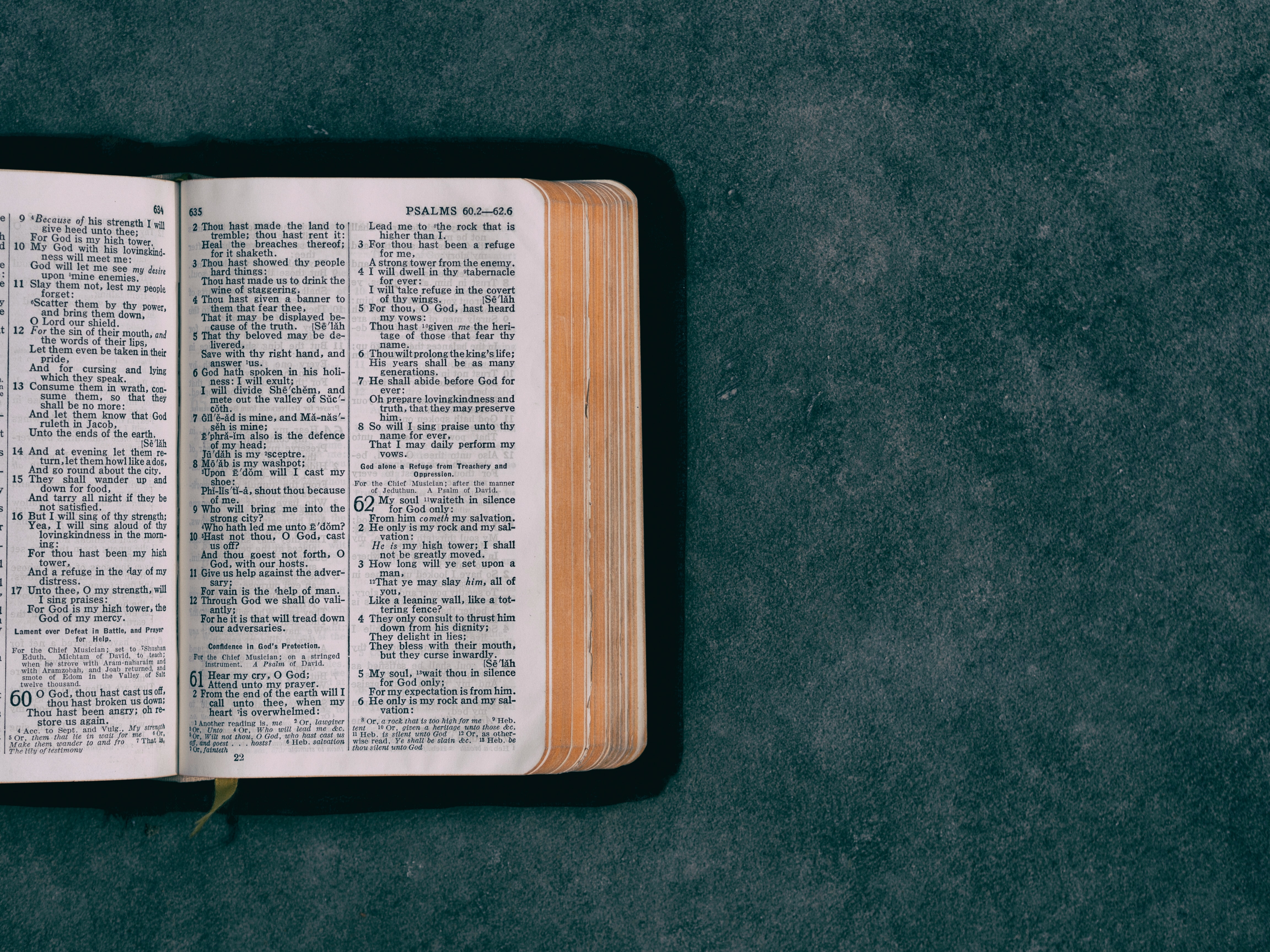 ‍“No weapon fashioned against you will succeed, and you may condemn every tongue that disputes with you. This is the heritage of the Lord’s servants, whose righteousness comes from me, says the Lord.” (Isaiah 54:17, CEB)

For many of us at Common Ground, Scripture itself was the weapon formed against us, leaving us on the outside of churches we had so faithfully served at. We were told women are biologically prohibited to lead, LGBTQ folks won’t go to heaven, belief in science undermines the gospel, and many other rules derived from a literal reading of scripture devoid of context, both then and now. When I came out as gay, I was removed from leadership and immediately placed under watch for insurrection, simply for daring to gather other LGBTQ congregants together in community. Time has not lessened the absurdity of it all. My only regret is that I didn’t run away faster.

I know I’m not alone. It’s such a common story. We faithfully served our church while we secretly struggled with something everyone else finds shameful. When we finally mustered up the courage to talk about it, all the years we gave ourselves to the church were suddenly called into question and we were told our help was no longer needed. We left because we had no choice. The Israelites had no choice but to flee, and neither did we.

The story of exile and forced migration is as central to the gospel as the cross and resurrection. Exile taught the Israelites that Yahweh was the God of the whole world, not just Israel’s God. Persecution of the early church in Acts forced them to scatter to random corners of the Roman empire and carry the message of the gospel to the Gentiles. Our exile from our former churches does not mean we are alienated from God. It means we’ve been tasked to expand the kingdom. Scripture may have been used as weapon to drive us away, but it’s more relevant to us now than it was in the past. We now have the privilege of seeing how we’ve joined those who were exiled before us in the long narrative of salvation that only began with the stories in the Bible.

So here we are, gathered together after getting some distance from the oppressive churches in our past to form community that welcomes all people, and all doubts, without strings attached. It’s exciting, it’s experimental, and sometimes it actually feels like a first century church as we learn all over again what it means to be God’s people.

The Bible is the governing document for the Christian church. AsPaul says to Timothy, it’s God-breathed. We can’t escape it anymore than we could escape our orbit around the sun. Just because the Earth is in darkness literally half the time, the sun is still right there. It’s so massive, theEarth has no choice but to stay in its orbit. Without it, we would die in an instant. We don’t have to do anything to stay close to God. We just are and nothing can change that. So we have nothing to fear from reading God’s word and owning it for ourselves, right?

Except that we’ve been burned. We need to put some aloe on that burn and wait for the damaged flesh to die and slough off before we can bask in the glow of that glorious light again.

One of our core values is hospitality. As a young church, one of our primary duties is to host each other. We learn to welcome others first by welcoming each other. This is a safe space where we can help each other heal from the past and find our voices to stand up to those who try to silence us. Everywhere in scripture that people were forced to migrate to a new land,God’s kingdom is expanded to that land. As exiles from oppressive churches, God is asking us to expand the kingdom, first to ourselves, and then to others who yearn to be free.

In Paul’s letters to Timothy, Paul exhorted him to be devoted to the public reading of scripture. I’d like to offer that as a counterpoint to the evangelical belief many of us were raised with that we should read theBible every day by ourselves in private. While our ultimate goal is to have such a strong sense of personal agency over scripture that we run to it as often as we desire to discover its riches without fear of the parts that escape our understanding or offend us, I don’t think getting reacquainted with theBible in isolation is the place to start if your wounds are still fresh. I think we start together, engaging scripture publicly as a community, and learning from each other as God speaks to us and reveals scripture uniquely to each of us.

Last week we did just that. We met on my and Joe’s rooftop for a sunset meditation on Paul’s words to the Athenians (Acts 17). We shared stories. We taught each other what we saw in this sermon. We drank wine and ate cheese. We dwelled with the text and with each other.

We might be exiled from our old churches, but we are not exiled from God or Scripture. Now more than in our past, we should see ourselves in it, participating with God in this journey of faith that predates all of us. As theologian David Gushee said of post-Evangelicalism in a recent Facebook post, “We know what we are leaving. But we have not yet determined where we are going.” The Israelites relied on Scripture after they were exiled to Babylon to remind themselves who they were and who God was to them. We should start doing the same.

Andy is originally from Colorado but has been in NYC for most of his adult life. He's the founder of Grafted NYC, an organization for LGBTQ+ Christians in NYC, and he holds a certificate in Public Theology from Newbigin House of Studies. He's also currently studying church planting at PTS. He lives in Brooklyn with his fiance Joe and spends almost all his free time managing their dog’s Instagram account. Andy is excited to be an integral leader at CG, especially as he himself explores a potential call to plant a church in the near future.