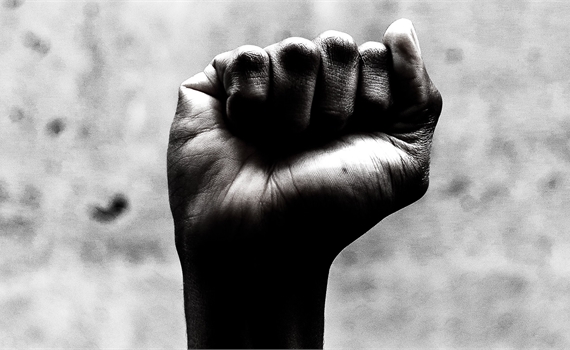 Advent is the season when we eagerly anticipate the birth of a Savior. It’s the perfect annual reminder for the people of God that they have to wait for God’s promises. Jesus had been promised for thousands of years before he finally arrived. Indeed, waiting isn’t just something we do sporadically through life, it’s a substantial part of life.

The ancient kingdom of Israel knew a thing or two about waiting. They were enslaved in Egypt for about 400 years crying out to God for deliverance before Moses was called to lead them out of Egypt. They wandered through the wilderness for 40 years before God allowed them to enter into the promised land. They had heard about the promised Messiah from their prophets since they left Egypt with Moses, and Isaiah is probably the most well-documented and oft quoted prophet foretelling the Messiah who will come to deliver Israel from all her enemies. But as hopeful as Isaiah’s words are, Israel’s toughest days were still to come. According to biblical tradition, God sent her enemies to ransack Jerusalem and scatter the nation. And as if that’s not bad enough, God tells them in Jeremiah not to fight their exile, but to make peace with their new homes in cities they once feared.

Doesn’t this sound familiar? You believe God for something only to suffer setback after setback and wonder if God is still listening or even still cares that you exist. You’re not alone. Waiting for God’s promises to be fulfilled against all odds has been a primary facet of human existence from as far back as our storytelling goes. Paul says in Romans 15 Israel’s experiences were written down for our benefit so we might find hope in the stories of those who persevered through utter destruction just waiting for the biggest promise of all: a Messiah. Israel compiled what we know now as the Old Testament during periods of exile, wilderness and waiting. They used their times of painful waiting to remind themselves who they were to God, especially in the toughest of times, when all the things God promised seemed dead, never to be fulfilled. Despite hardship after hardship, God kept declaring the promise: the one who would come to save all nations would come from your nation and for the renewal of all peoples and places!

For us in the West, the idea of salvation has typically meant personal rebirth: the death to the self and birth of the new person. With this rebirth, we are led to eternal with Christ and come to depend on Scripture to guide us toward more holy living. None of this is wrong, but it’s only part of the the salvation story. Once we’re saved and remade, the Spirit of God invites us into the ongoing work of liberation for all the oppressed, and beckons us to answer the call to do our part to free ourselves and those around us. In short, none of us are free until all of us are free. The liberation of all reflects personal salvation, for if it is individuals who are saved and called to fight for the freedom of all God’s people, it is our collective and communal freedom that shows the Divine working in the world. However, if our perceived personal salvation leads us to a life of individualism, moral posturing and personal score keeping that does not turn our attention toward the plight of our neighbors, we’ve missed the point of salvation altogether. And, in short, our waiting is wasted.

Waiting is learning and preparing to join God’s global, collective work of redemption. The beauty of the incarnation is a God who condescended to our humanity, becoming a baby so he (Jesus) might know the mundane and complex ways of life. Jesus waited by to becoming a powerless human baby. Jesus waited by going to temple with His parents. Jesus waited by working as a carpenter (a shockingly low-skilled job for the child of God) when he could have easily chosen something with more shine like the political revolutionary Israel had been waiting for - the one to restore their national autonomy and save them from Roman occupation. Rather than this, Jesus waited 30 years to have a ministry that lasted three. However, one thing Jesus did not wait for was empowering others to carry His movement of peacemaking, gentleness, nonviolence & abundance forward. He did not hoard his power, Instead, He decentralized his movement - dispersing his few followers across the land and, ultimately, Jesus waited by allowing the Holy Spirit to guide Him in His steps.

As Jesus humbly waited, so should we. As Jesus was not partial to His own divinity or expertise, neither should we be.... In the waiting we discover who we are by taking stock of where we’ve been and what we’ve endured. Like Israel before us, though, we need to share the narrative of waiting with those around us. Our stories of hope and trust fuse us together as a community. Sharing them openly helps us better understand the complexities of life and we see Israel’s collective hope reinforced during times of deep uncertainty, insecurity and violence.

We also wait as the body of Christ. Christ calls us into harmony with each other, to unify during times of waiting. However, when we read Romans 15, we see unity cannot begin without equity: those of privilege standing in the margins, those of power embodying humility and meekness. When we consider the Christ, this imagery makes sense - as Jesus humbling himself by taking on human form and inviting us to, through his body, partake with the Divine in the renewal of creation. In short, none are free until all are free and the unity & liberation we wait on takes shape on when the powerful resist the very earthly systems that afforded them their power and access in the first place. Until then, God will continue to raise up prophets, disruptors & agents of change to resist structures that perpetuate inequity. As the body of Christ, we wait for liberation until all things are unified and renewed.

However, we've seen how this has played out recently. Black communities from Baltimore to Ferguson to Oakland - exhausted from decades of police brutality and overreach - have recently risen up seeking acknowledgment and allyship as they say enough is enough. Small towns across Michigan, Ohio & Minnesota - economically decimated by globalization - have begun to speak out against the inhumanity and injustice of this economy. Time and time again communities like these are stuck clinging to thin promises that changes are coming and better days are ahead. And time and time again these promises - especially made by those in power - prove to be token acts that ultimately maintain inequality and a lack of access.The work of the body of Christ, then, is to help create a world where the cries of those most at threat are heard and responded to.

So through Christ, we see a just way forward. Jesus' life shows us that when movement of love are undertaken, unity & equity follow. From the margins & centered on nonviolence, Jesus shows us how to seek social change without relying on the aggressive and coercive power grabs of this world - and he empowers each of us to join Him in these ways. The beauty of a life with Jesus is in the way Jesus disperses his own power, and changes us from the inside out to do the same for others. As we continue to liberate ourselves from our own coercive ways, we begin to change the world for the better. This is what it means to be the body of Christ, and wait excitedly for the Divine to renew all things. Advent is a time when we remember just how long Israel had to wait - and to continue forward in the ways of God. In doing so, we celebrate a child of God who humbled Himself to human form, joined us in the waiting, and invited us to maintain hope until God's work is complete.

Andy is originally from Colorado but has been in NYC for most of his adult life. He's the founder of Grafted NYC, an organization for LGBTQ+ Christians in NYC, and he holds a certificate in Public Theology from Newbigin House of Studies. He's also currently studying church planting at PTS. He lives in Brooklyn with his fiance Joe and spends almost all his free time managing their dog’s Instagram account. Andy is excited to be an integral leader at CG, especially as he himself explores a potential call to plant a church in the near future.