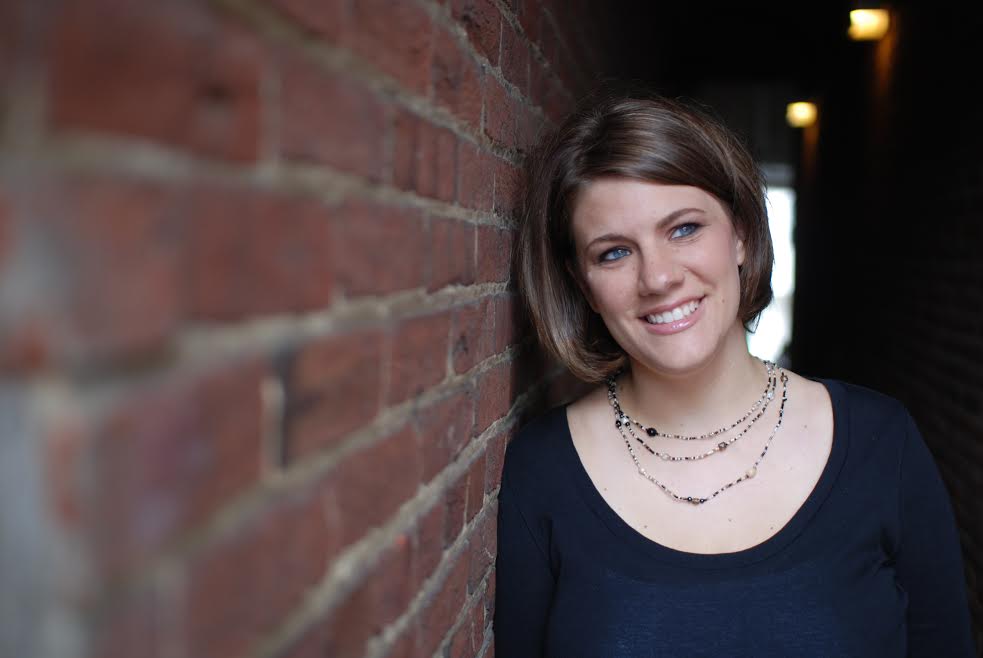 In the last several months a number of articles written about Rachel Held Evan’s untimely death. Admittedly, it’s been overwhelming, surprising and encouraging to see just how wide her reach was in secular circles. Each article celebrated her gentle disposition, far reaching grace and her unique ability to poke fun at herself while in the same breath making an utterly profound point.

At least for me, this posture is the legacy she leaves behind. This is how I will remember her & this is the impact she's made on this growing movement of ex/post/progressive/recovering-Evangelicalism. In this space she's a saint & guide. For those who found their way into Common Ground: we have her to thank for much of our membership growth. In short, Rachel's impact is far-reaching and her passing helped us realize just how many valued her. And yet, few in megachurches know her name & even fewer there have read her work.

Having begun my faith in Conservative Christianity, I can relate to this. My faith journey started as an adult, in late 2010, at a typical Evangelical now-megachurch. I walked off the street and into the only non-Roman Catholic church marketing itself online in Hoboken - a city in New York Metro. I was eager, wide-eyed and infinitely curious as I explored the contours of this new faith. With a whole heap of mess from a rough upbringing, abuse & a difficult childhood, I was excited to find some answers and to recover from trauma with this newfound faith. Little did I know my trauma would be added to...

Like a good Southern Baptist church, this church billed itself non-denominational, but honestly I wouldn't have known the difference then anyway. At that point, as a new convert, I knew of only Roman Catholics (my family's tradition, in name only) and not-Roman Catholics! Needless to say, it took me a few years to grasp what Southern Baptists are about, and just as long to learn how anti-woman and ant-LGBTQIA my specific church was. Unfortunately, I was too caught up in my own recovery to pay much attention.

It is almost always the case at churches like this that the flair, flash & energy work to mask/hide the underlying fundamentalism & exclusion. Very quickly & early on I was caught up in all the fervor, 'bought into the vision', and I finally had a purpose driven life! All this time though, I never stopped to notice how custom-tailored these themes and this messaging was for someone of my social location: cis-straight male, grad school educated & upwardly mobile. The same message that galvanized me provided almost no good news for those on those with less social influence: women included!

Just 3 years later my brain (and what I believed about the world) caught up to my faith. No longer was I actively suspending my social, cultural and political views - nor any of my lived experiences. Rather abruptly and violently, I realized the water I was now swimming in and I leaned into the dissonance rather than squelching it. Noticing all those who were withheld access from the very table I sat like a king at, I became disoriented, disillusioned, suspicious of Christianity & I was ready to give up. It is in this headspace I first came across Rachel's writings, and they confirmed that I was indeed not crazy. In fact, it's Rachel's words that called me out into the wilderness of deconstruction, and encouraged me deeper into dissonance.

My first church is steeped & thriving in the standard American Evangelical, anti-intellectual stream. It is a place where the pastor teaches that depression is a spiritual battle & evidence of sin, argues the world is only 6,000 years old, does not allow women & men to drive in the same cars, and sells theBible as the literal and exact words of God. I started my faith here, but if you're anything like me, you know how easily this fragile house of cards falls apart when you start to poke.

While all sorts of alarm bells went off in me, Rachel helped guide me through the total breakdown and deconstruction of this simple, immature faith. In her gentle but straightforward way, Rachel helped recalibrate my faith when the risk was losing it altogether. Ultimately, she showed me the intersection of faith and intellect, and helped compel me out of this church and toward graduate studies.

For those of us who have left (or been kicked out, or fired from) fundamentalist churches, trauma, survivors guilt & shame tend to follow. I suspect this is why people who know the damage their church is doing tend to stick around. Honestly, it's easier to stay. It's harder to lose everything - your faith, your tribe, your partner, your family...your certainty. So for me, who was on staff and planted a new location before getting fired, I carried a lot of shame for leading, participating in and complying with such toxicity.

By the end of my time there it had gotten very ugly. And personally, I was wondering if churches still have any relevance. I wondered if all religious leadership was as corrupt as my experience. Rachel helped convince me of the worth & necessity of healthy, open churches. She helped me see this pastor's deceit, manipulation and gaslighting was - unfortunately - not abnormal, and helped equip me to use my position to speak up. She articulated necessary, meaningful & prophetic witness a church can have in the world - which led me out of the pie-in-the-sky, feel-good faith I was first handed.

When my brain caught up to my faith, it was like a scene from The Wizard of Oz. To that point everything felt too good to be true, then I got an invite behind the curtain and learned that, indeed, it is. The facade at my church was excitement and energy. Behind the curtain uniformity is policed, abuse is silenced, sexual assault allegations are hidden & authority is total. The typical facades include cool lights and visual effects on Sunday. Behind the curtain there's shame tactics, misuse of church funds and a fearful, submissive staff not equipped or enabled to provide the pastor any accountability. The typical facade involves an earnest hospitality team, big, welcoming smiles & free gifts for first time guests. Behind that curtain at my church, was a theology that kept a queer couple's child out of Sunday school because, as the pastor said, 'What am I supposed to say to my son when he finds out his new friend has two moms?'

If any of this sounds familiar: I see you. More importantly: God sees you. You are normal and what you see/saw is unacceptable. Remember, as the church, you are the heart, eyes & appendages of God incarnate. You have every right to wonder why this local church gathering in the name of Jesus looks & feels nothing like the life of Jesus. These observations are evidence of the Holy Spirit awake in you, so let her guide you out of that empire and into the wilderness, where many of the rest of us reside: caring for each other, binding up our wounds, building new & gentle spiritual communities, listening to voices that were previously silenced, and encouraging each other to keep going.

So, if you find yourself awakening to the exclusion, oppression and constraint of your current tribe - despite what your pastor might say - you are not the only one who thinks this way. You are not crazy. You are not destructive to the community he (lets he honest: it's always a 'he') is building. You are not unwillingness to submit. You are not unable to accept authority. I'm covering all these bases because as the pastor of a church where almost every one of the 100+ persons in our orbit was told these same things. Almost verbatim. And so was I. It's a playbook, and they all know how to use it. Don't fall for it.

Remember Rachel's witness. Even in her death she gives us language to denounce these abusive structures and patterns, and invites us to imagine new ways forward. Even in her passing she gives us hope to keep going, because it doesn't have to be this way. Rachel's witness was one of peace and hope, so keep that as a gift for yourself and make sure to pass it along to others. Remember: You have agency & options. You don't have to settle. And when you get to the point where you say enough is enough, you are not alone.

If you’re reading this blog, it's likely because you’ve witnessed or fell victim to the underside of flashy, feel-good Evangelicalism. I think you are exactly who Rachel was speaking to: the you’s & the me’s, inches from calling it quits but not quite dead yet!

While Rachel, and I, and others may call you out into the wilderness of spiritual exile, trust me when I say: you won't remain there. No one does. The same voices that calling you out from the empire - out from the capitalistic, consumeristic, misogynist, exclusionary, male-led world of megachurch Evangelicalism - are the same voices that building new homes, in more welcoming space: Progressive Christianity. Ex-Evangelicalism. The Christian Left. And now, as a church planter gathering a community that's openly processing & healing from spiritual trauma, we rely heavily on Rachel's voice.

Ultimately, and even in death, Rachel is calling us back into the local church. While her words speak plainly about the recent shortcomings of some churches, they also invite us to be the change: returning to the simple, gentle gospel of a God who knows no borders, closes no doors and expands all table so everyone eats.

Rachel, I celebrate the short time we had with you. You were a guide for me and many others! In just a few years you helped shape a new generation of Jesus followers, and helped usher in a future beyond mega-church Evangelicalism. Thanks for your witness. We are becoming what we are becoming because of you and others like you! We at Common Ground are excited to carry on the work of building generous, affirming & intersectional churches. We're excited to build this new space together! We'll see you soon!