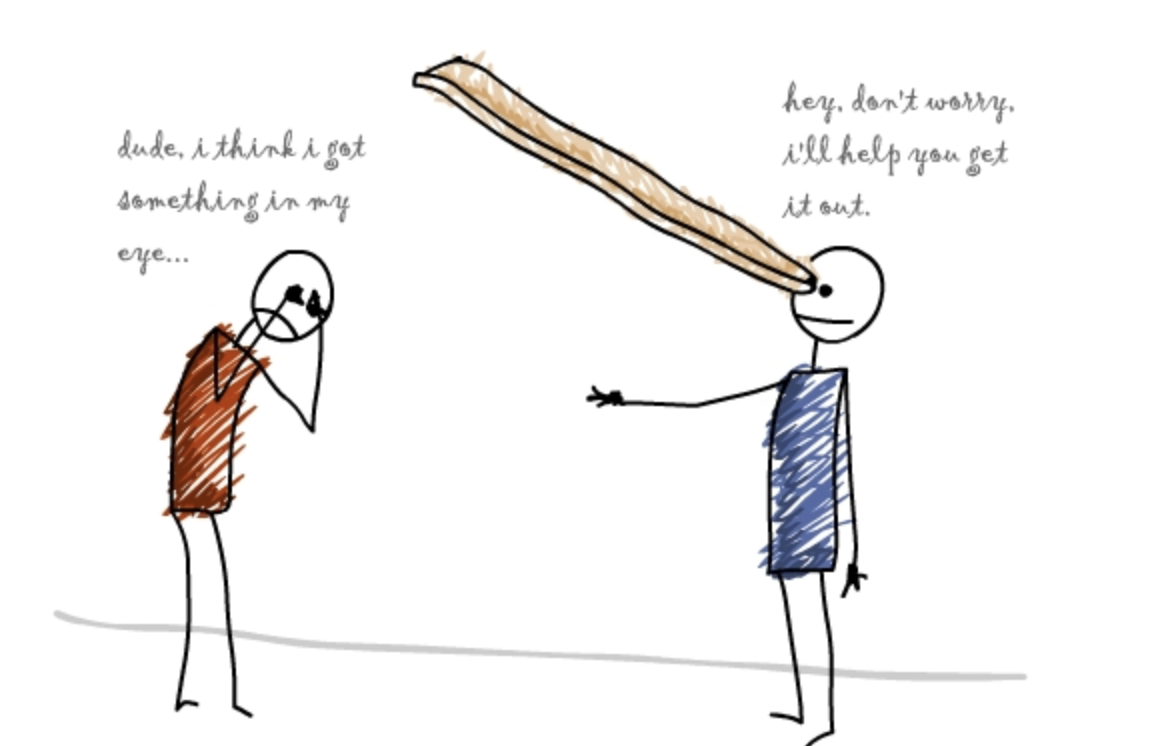 And I see you keep pointing your finger at your sibling, like you don't have the same kinda problems, but I think you might need to find a mirror, cuz your eye's inflamed. Your right wing pundits are saying crazy things like Iran has radical muslims, Iran oppresses women, Iran oppresses queer folk and Iran fights proxy wars. Children, why is it the same tired arguments over & over again? It's like you're free basin' hypocrisy over there on Capital Hill. 💉

Been paying attention to your own #metoo moment recently? How bout your #churchtoo moment with countless of rapes & assaults being reported in your largest Evangelical denomination - the Southern Baptist Church. How many female C-suite execs do your companies have? How many women get paid the same as their male counterparts? How long have women been voting? Did you miss what happened to Amy Butler? How bout how many rape allegations lead to conviction? How many female pastors (not 'directors') lead your megachurches? How about all the female presidents you've had? You say you aren't ready yet? By the way, Pakistan was. Ten years ago. Same for the Philippines, Bangladesh, Indonesia & other non-Christian, non-Western nations you look down on. Heck, India had one before black people could even vote in your country!....sorry to bring that up btw, but, well, specks and logs.

Let's take a look at your life for a second. Y'all kill each other en masse on a monthly basis, and you worship your guns. For every one time a gun protects innocent lives (from another gun, mind you) you've got hundreds of more deaths at the hand of guns. Are you happy with ratios like that? Do they feel very Christian?

You're kidding right. Do I really need to go there? I don't have enough ink. Noriega. Indochina Wars. Korean War. Iran-Contra Affair. Afghanistan. Iraq. Bay of Pigs. Your constant cosigning of Israel while they bulldoze Palestinian settlements, wall off cities and shoot unarmed citizens. THE 1953 IRANIAN COUP D-ETAT THAT IS DIRECTLY LINKED TO IRAN'S CURRENT DISTRUST OF AMERICA....just to name a few.

You realize there are 1.8+ BILLION Muslims in the world and you are ascribing radical violence to all of them? That's some nerve. Let's put the shoe on the other foot: How about the radical, fundamentalist, imperialist Christianity America dumps all over the world? You're allegedly the premier Christian nation on earth & you've been at war 222 of 244 years of your existence! You're constantly invading, nation building, deposing and assassinating - and always the name of peace. And always in my name!

And I see you getting a little salty down there right so look, let me say: like ALL tribes, you have the potential for beauty. All children do....just like your other siblings: Iran, Russia & China included. Obviously the world is complex, made up of life-taking & life-creating acts. Most are done with good but misguided intentions & all are done with self-interest.

But I told you this already: my ways require you, child, to deal with YOUR OWN BEAMS...IN YOUR OWN EYES. That's enough work in itself, yet you're over here feelin' yourselves so much you've become blind to your own infection. Splinters everywhere: The slave trade, the genocide & erasure of 10s of millions of indigenous folk, the oppressive nature of your economic system, the Western culture you force on non-Westerners, all your military invasions, your droning, your prison system, your deporting, your bankrupting, your debt, your corporate greed, your insatiable appetites, your racism, your sexism, your locking (Christian) kids in cages.

Y'all have a lot of cosmetic work to do. And I'm here to do it with you. It's always easier to point the finger at your sibling, but all you're doing is kicking your own cans down the road, and wrecking your own moral compass in the meantime. Suck the poison of violence & conquering out of your own veins first, and when that's finished, I'll give you next steps.

Until then, one more thing: never, ever, no matter what, ever, resort to violence. Even & especially when you are struck first! Remember what I said to you about turning the other cheek? Even & especially when you know in advance that violence is coming your way. 'Pre-emptive strike' my ass. Think I didn't know my death was coming? Read the stories again. All four of them. And then note what I did. And then follow me. Rinse. repeat.

Stop the hypocrisy, your eyes are swollen. It's not a good look. No one's saying I'm cosigning Iran's nonsense. But assuredly, I say to you, my name is not on your missiles. Take the beam out of your own eye, and then perhaps you will see clearly enough to remove the speck from your brother’s eye.